The harmful health effects of air pollution, especially fine particulate matter from traffic fumes, have been spelled out again and linked this time to potential risks for pregnant women, according to an article published in “The Lancet Respiratory Medicine” journal in October. The findings are the latest in a series of studies documenting the negative effects of air pollution on people’s health and well-being in the European Union (EU). 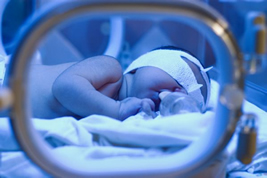 The new findings are based on data from 14 studies that involved more than 74,000 women who gave birth between 1994 and 2011 in 12 European countries. The studies indicated that pregnant women exposed even to low concentrations of air pollution from traffic fumes and industrial emissions run a higher risk of having babies born with a low birthweight and smaller than average head circumference. A substantial proportion of these cases could be prevented in Europe if urban air pollution was reduced, the researchers say.
The October Lancet Respiratory Medicine article follows other air pollution research findings published in “The Lancet” and “The Lancet Oncology” journals earlier in 2013.
Risks for pregnant women
The study commented on the effects of the most harmful fine particulate matter, PM2.5, which can bypass the body’s defences, enter the bloodstream and cause damage to organs. The researchers found that PM2.5 concentrations as low as 20 micrograms per cubic metres (20 μg/m3) were linked to low birthweights. They estimated that each 5 μg/m3 increase in PM2.5 was associated with an 18% increase in the risk for low birthweight.
Pregnant women were at higher risk even when pollution levels met, or were below, the existing European air quality limit of 25 μg/m3. Reducing PM2.5 levels to 10 μg/m3 – the World Health Organization’s annual average air quality guideline – would lead to a 22% decrease in the number of low-birthweight infants.