26 types of microplastics and rubbers detected in Dutch rivers 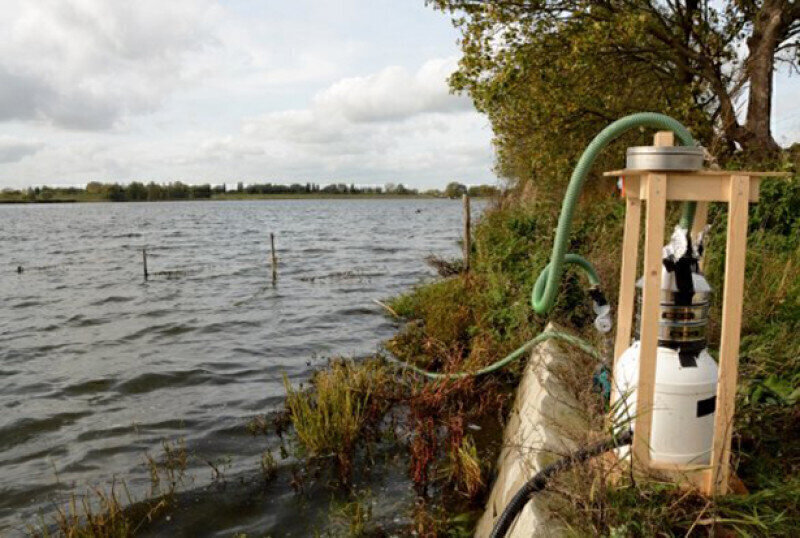 Researchers from Utrecht University, Wageningen University & Research and the University of Amsterdam have analysed microplastics and rubbers in Dutch rivers the Dommel, the Maas and Dutch sewage treatment plants using FT-IR microscopy. They found 26 different plastics and rubbers.
The majority of all microplastics in seas and oceans origin from rivers, where microplastics come together from different sources. Knowledge about those sources and the distribution of microplastics is important for water managers. Results from previous studies are not as reliable due to sample contamination, and often only larger particles were detected - now smaller microplastics have also been analysed. With the results of this study, water managers - both those of surface water and drinking water - can better estimate whether and where potential risks from microplastics can be expected. The results of this research were recently published in the scientific journal Water Research.
“It is difficult to find microplastics in water,” says Svenja Mintenig, PhD student at Utrecht University and lead author of the research. The difficulty is due to, for example, plastic lab material polluting water samples. Due to the relatively low concentrations of microplastics in water, a lot of water is required for a reliable analysis: the researchers had to sample thousands of litres of water per sample and concentrate them to just one litre of water.
The particles examined by the team are much smaller than ever measured. Previously, often only particles from 300 micrometres were measured, about the size of a dust mite and just visible to the naked eye. “Now we can even observe particles up to 20 micrometres - the size of a human skin cell,” says Merel Kooi, PhD candidate at Wageningen University & Research and second author of the article. By analysing the samples using a special microscope and new software, the researchers showed the presence of 26 different types of plastics and rubbers. And the smaller the particles, the more of them were present in the water.
The concentrations of microplastics that were found varied widely, but on average the researchers found about 1 particle per litre. There were usually more particles in the water near cities than in less populated areas.
At the moment, the concentrations are below the level at which undesirable ecological effects are expected. However, it is important to keep a close eye on those concentrations. "They are particles that do not just disappear. With unchanging or increasing plastic use, concentrations of microplastics in the environment will increase. Therefore, it may become a problem in the future,” Kooi explains.
It remains unclear where exactly the microplastics come from. “Some microplastics definitely come from sewage treatment plants, but we could not establish a direct link between higher concentrations of microplastics in rivers and the treatment plants. So there are other, perhaps even more important, sources of microplastics in rivers,” Mintenig says.
The research is part of the TRAMP project, partly funded by the NWO Open Technology Program, and partly by the Water Boards and various government bodies.