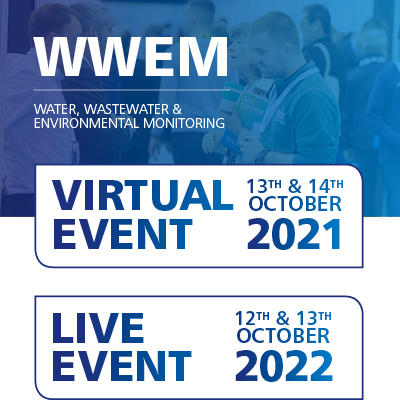 Recently, the Environmental Audit Committee released a damning report into the state of British waterways. Over 100 pages, the Committee outlines and evidences its conviction that the worrying levels of pollution in the nation’s rivers and streams are the result of ‘multiple failures in the monitoring, governance and enforcement on water quality’.

As Environmental Technology Online have reported, only 14% of English rivers are not significantly polluted, with contamination by agricultural activity, sewage overflows, tyre-wear and single-use plastics beginning to form what the Committee memorably describes as a ‘chemical cocktail’. It is worth reminding readers that, since 2020, not one single river in the entirety of England has met recognised criteria for being in good health.

But – and this is one of the indictments that the Committee brings against the British government – it is currently difficult to gain any comprehensive insight into river-pollution because Britain’s monitors have been chronically underfunded. The report discusses the ways in which the gutting of the Environment Agency has deprived the organisation of sufficient resources to detect permit breaches, pollution incidents, microplastics, persistent pollutants and, perhaps most alarming, anti-microbial pathogens.

Nevertheless, what does the report suggest about the state of English rivers? And what, if anything, do they reckon we can do about it?

Austerity budgeting was to have indirect consequences on the Environment Agency, too. The Committee heard that lacking the resources to properly monitor the problem, a certain complacency became characteristic of the Agency’s attitude towards Britain’s anachronistic, ‘Victorian sewerage system’.

The Committee confessed to being alarmed at the sheer extent of sewage discharge, misreporting and the size of spills perpetrated by the water-treatment industry – a number of firms appear to be regularly breaching their overflow permits, illegally dumping wholly untreated or only partially treated sewage into rivers. Indeed, in over a third of English waterways, sewage mismanagement is responsible for poor health.

In order to protect human health, the report recommends that the EA work to ensure that easily accessible, real-time information on sewage discharges be available to the public. For those interested, a similar service at a smaller scale is already provided by the Rivers Trust.

The most common source of pollution, however, is rural diffuse pollution – all of the fertiliser, pesticide, and leaks from slurry storage that finds its way into nearby rivers and streams.

As such, the Committee is calling for the calculation of nutrient budgets, supplying institutions with an understanding of a particular river’s capacity to absorb the nutrients that nearby farming is producing.

It is hoped that such regulations will shape the future of the industry, too. For instance, proposed poultry farms, or their proposed expansion, should not be granted planning permission for plots already in exceedance of their nutrient budgets.

Now, it will come as no surprise to informed readers, but plastic is, by far, the most difficult pollutant to address.

Besides its dogged persistence, the main reason for this difficulty is the number of different industries and activities each contributing to plastic pollution in different ways. As such, solving plastic pollution will inevitably require uniquely complex forms of coordination between organisations that are not used to communicating with each other.

For instance, tyre- and brake-wear are significant sources of plastic, with millions of tiny particulates seeping from busy roads into waterways. The Committee recommends a renovation of the existing protocols followed by National Highways, local authorities and the Environment Agency, placing greater legal responsibilities on officers to reduce road run-off.

Closer to home, there are the plastic-containing fats, oils, greases, cleaning and hygiene products, all of which find their way into the drainage system through sinks and toilets – there are “reefs” of wet wipes in rivers and “fatbergs” the size of blue whales in sewers. The new Plastics (Wet Wipes) Bill, which would prohibit the manufacture and sale of single-use cleaning and hygiene products containing plastic, has received explicit report from the Committee in their report.