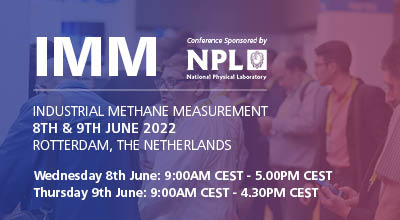 Climate neutrality is a top priority for European gas operators. For this reason, important efforts are done to achieve minimal methane emission levels. Improving detection and quantification methodologies, mitigation techniques and sharing good practices represent clear opportunities to continue paving the way towards climate neutrality via methane emissions reduction. rnReconciliation of bottom-upsource-level and top-downsite-level estimations is currently being considered by gas companies as an important tool for improving MRV Measurement, Reporting and Verification. Additionally, one of the most important initiatives is the OGMP 2.0, the new gold standard reporting framework which requests its members to do efforts on reconciliation. Current site level methodologies provide relevant qualitative information. However, they are still under development as they have shown some limitations to accurately quantify methane emissions.rnThe series of projects presented here aims to understand the performance of site level quantification approaches and how they should be used to improve current methane emissions estimations. rnThe series of projects phases are being developed under the leadership of Enags and GERG, in partnership with the Danish Gas Center, ENGIE, Gassco, Gasunie, GRTgaz, Medgaz, National Grid, Open Grid Europe, Sedigas, Snam, Storengy, Synergrid and Uniper. The selection of technologies for these projects is based on the knowledge gained thanks to a previous state-of-the-art study of the different site level methodologies, a study which was led by GRTgaz-RICE, also under the framework of GERG.rnTechnology Benchmark: this phase consisted on a technology benchmark of the most promising site level methane emissions quantification methodologies. Controlled releases were generated in a mothballed compressor station in Spain to assess by blind testing the accuracy of the different methodologies selected and to understand their performance and limitations. rn-12 different methodologies were involved: 7 site-level methodologies Aeromon drone, DGC Tracer Gas, Dial by NPL, SeekOps drone, CHARM by OGE, fixed sensors by Mirico and Sensia and 3 bottom-upsource-level FLIR camera, OPGAL EYECGAS2.0 camera and a High Flow Sampler prototype from GRTgaz-RICE.rn-A total of 17 tests with different emission rates, diffusion outlets and heights simulating methane emissions in midstream assets were performed during 1 week of measurements. Bureau Veritas supported the project as field coordinator. Results were analysed by an independent academic scientific team from LSCE Climate amp; Environmental Science Lab from Pierre Simon Laplace Institute. rnProject on source and site level reconciliation. The aim of this phase is to perform source and site level measurements in parallel, including continuous monitoring, in different sites in operation. The selection of site level methodologies will be based on the performance results from phase II.A. Other new promising technologies might be also included. This project has been officially launched in February and will be carried out during 2022. Measurements will take place in two Compressor Stations, one LNG Terminal, one underground storage, one regulating and metering station and valve nodes.rn-The expected output is to develop reconciliation methodologies for results of the sourcesite level measurements and gain knowledge on the performance of continuous monitoring devices. An independent academic scientific analysis of the methodology and results will give guidance on how the reconciliation exercise may be performed, enabling a harmonized approach among project partners.rn


If you are interested in exhibiting, you can find more information here