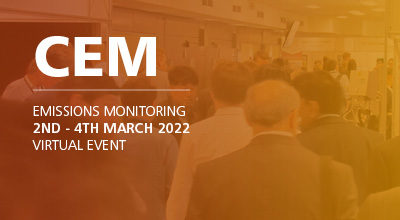 Which Countries Produce the Highest Emissions?

Over the course of the last decade or so, nations around the globe appear to have finally woken up to the imminent danger posed by global warming and climate change. At the recent COP26 event in Glasgow, Scotland, delegates from 197 countries worldwide came together to work out how to reduce greenhouse emissions going forward.

Of course, not all of those attendees are as culpable in contributing to the problem as others. Generally speaking, developed nations have built their wealth and status thanks in large part to the fossil fuel industry. In a cruel twist of fate, low-lying island nations and impoverished parts of Asia, Africa and the Americas are those most likely to suffer the harshest consequences of climate change, without contributing too much to the problem. But who are the biggest offenders?

Home to over 1.4 billion people, China is unsurprisingly the biggest culprit when it comes to producing greenhouse gases. However, it may shock you to learn that China is responsible for over a quarter (27.2%) of all emissions on the planet. In 2017, the country produced a whopping 9.84 billion metric tonnes of carbon, which is almost double its nearest competitor. Although Beijing is making strides towards a more sustainable future, including pioneering technological advances such as smart water cities, it is still the worst offender by some distance.

Second place is occupied by the United States, which produced 5.3 billion tonnes of CO2 in 2017. While that is just over half the Chinese total, it should be remembered that the US is home to far fewer people. In fact, its population of 333 million people means that it has a much greater impact than China per capita. This is largely down to the consumer culture in the States, where fast fashion and a meat-based diet combine with other factors to produce considerable emissions.

Like China, India is home to over a billion people; in fact, it is fast catching up with China to become the most populous nation on the planet. As a country which is still developing and struggling to meet the demands of its expanding population, it relies heavily on coal, which is widely renowned as the most damaging of all fossil fuels. Not only does it produce far more greenhouse gases in comparison with oil and gas, but coal has been linked to extreme rainfall events and is a leading cause of air, soil, water and noise pollution.

Russia is another country with a large population which relies on fossil fuels for the vast majority of its energy needs. It’s estimated that natural gas accounts for over half (52%) of its power portfolio, while oil accounts for nearly a quarter (22%) and coal for 13%. The lion’s share of the remaining percent is contributed by nuclear, while renewables like hydro, wind and solar make up only a very small fraction of the country’s energy mix. This means that it produces more pollution than other nations which have transitioned more thoroughly to green energy.