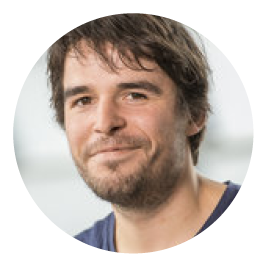 Uwe Kafer completed his Master Degree in chemistry at the University of Regensburg in 2014. Afterwards he worked for ASG Analytik-Service GmbH, a company that is specialized in analysis of petroleum products. In June 2016 he started his PhD at the group CMA at the Helmholtz Zentrum Munchen. His research is focused on the chemical Analysis of petroleum vacuum residues and bitumen. The work is part of an AiF research project for bitumen characterization, which is carried out together with cooperation partner ASG. Because of the complex nature of heavy petroleum samples, multiple techniques are combined for a comprehensive analysis. LC-fractionation and High resolution Mass spectrometry take key roles in the studies. Different ionization methods and sample inlet systems for High resolution mass spectrometry are combined to investigate important mechanisms in the chemistry of heavy petroleum compounds.

Heavy Fuel Oil (HFO) is the most widely used marine fuel at this time and only a comparable small part is used for oil-fired power plants. It is derived from the residue after crude oil distillation and is characterized by a high viscosity, and requires heating for storage, pumping and burning. A critical factor is the high amount of e.g. sulfur and other heteroatomic compounds. Because of environmental and health implications the limits for e.g. sulfur has decreased constantly from max. 1.5% (before 2010) to max. 0.1% (since 2015) within Emission Control Areas (ECAs) and from max. 4,5% (before 2014) to maybe 0.5% (after 2020) in other sea areas. The related ongoing change in the composition of the HFO but also a variating feedstock makes a prediction of its compatibility with the different types of engines more and more difficult. In addition, the burning properties could be hardly derived from the physical specification of the HFO. A comprehensive chemical characterization of the HFO might be a starting point to predict the burning behavior of HFO better in the future. However, the chemical characterization of HFO is very challenging, since at least the heavier part of the oil can't be analyzed with high resolving chromatographically methods like gas chromatography and most other methods are either prone for artificial or biased detection. Therefore, a combined but comprehensive analysis of the volatile and residual part of the HFO would be beneficial. For this approach, a high-resolution time-of-flight mass spectrometer was hyphenated with different inlet methods to target the volatile and residual part of the HFO. The atmospheric vaporizable part of the sample was analyzed by GCxGC, while the residual part was analyzed with a thermobalance (pyrolysis, atmospheric pressure) and direct inlet probe (vaporization, reduced pressure). A set of HFO with different specifications were analyzed and the combination and integration of the results allowed the generation of a chemical fingerprint of the whole HFO. Due to a statistical analysis of the samples, it was also possible to identify characteristic chemical features for the different classes of HFO.