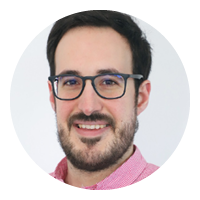 After graduating with an engineering degree from Lasalle Beauvais Institute and a MBA from Paris school of management, Etienne has been working for the international business development of gas analyser manufacturers since 2012. He joined AP2E in 2016, to manage the European networks of AP2E sales partners. After the acquisition of AP2E by the German group DURAG, Etienne became Sales & Service director of the company in 2020. AP2E is a French manufacturer of gas analysers based on OFCEAS and Low Pressure Sampling technologies, with analytical solutions for continuous emission monitoring, process optimization, and ambient air monitoring.

In the energy sector, where clean resources are increasingly sought, hydrogen production and fuel cell development seem most promising.rnrnThough this represent an opportunity in terms of mobility, it has been shown that even very low concentrations of gas impurities can cause non-negligible damages to components and in particular to fuel cells. Thus, researches resulted in the publication of a new ISO Standard ISO 14687, where multiple molecules have been identified as hazardous, and highly restrictive concentration thresholds have been determined gases concerned: H2S, HCHO, HCOOH, NH3, CO, etc.. In particular, when internal combustion engines can tolerate low hydrogen quality, it is very important to inject high quality hydrogen to fuel cells, in order to prevent catalyst poisoning.rnrnA European project, Metrology for Hydrogen Vehicle MetroHyve, led by a partnership between the National Physical Laboratory NPL, UK, the Dutch Metrology Institute VSL, NL and the Research Institute of Sweden RISE, Sweden, has evaluated a novel analyzer for hydrogen purity with respect to ISO 14687. The study led to the validation of an OFCEAS-GC combination for the monitoring of all determined impurities.rnrnIn fact, for trace gas analysis, OFCEAS and LPS reveal their strongest advantages.rnOFCEAS or Optical Feedback Cavity Enhanced Absorption Spectroscopy, is a gas analysis technology developed by the University Joseph Fourier. OFCEAS essentially differs from the older technology enhanced-cavity TDLAS by its feedback principle: a part of the emitted radiation is returned from the chamber to the laser, enabling the tuning of the laser and the cavity, creating a resonance phenomenon. The measuring cavity in which the sample is analyzed is equipped with high reflectivity mirrors gt;99,99, providing an optical path up to 50 km. The consequence of this phenomenon is the identification of intense absorption peaks with narrow spectral width. This feature allows multi-components analysis with one laser source down to ppb concentration and combination of several lasers in one analytical unit. rnLPS or Low Pressure Sampling, is a patented sampling technique. The pressure is maintained under 100mbar absolute from the sampling point to the exhaust of the analyzer. Given that the transfer time is shorten, the sample flow is reduced allowing measurements on small gas cylinders, the interferences between absorption peaks are minimized.rnThe following presentation will identify the restrictions implied by the ISO 14687 standard, and introduce to an analytical solution for impurities measurement in Hydrogen, suited both for laboratory applications and for industrial environment hazardous area ATEX.