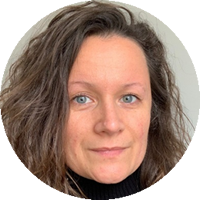 Marion Lacoue-Negre completed her PhD at the University of Lille (France) in 2010 on the application of chemometrics on Raman spectroscopy for aerosols characterization. She worked for 3 years at the CNRS (Lyon, France) on in situ monitoring of industrial processes using spectroscopic analysis. She is currently a research engineer at IFPEN (Solaize, France). Her research focuses on the use of chemometric methods on analytical data generated in various fields (petroleum, biomass, petrochemistry, catalyst…) for exploration, interpretation, and prediction.

For several years, computational developments have been conducted at IFPEN to predict the viscosity index (VI) of the base oil from the 13C NMR analysis of the hydrocracked total effluent using chemometric tools in order to 1) obtain the performances of high-throughput testing (HTT) experiments and 2) to respond to the desire for analytical efficiency. Classically, the total effluents produced during hydrocracking tests performed on pilot plant units are submitted to atmospheric distillation to get the various petroleum cuts such as naphtha, kerosene or diesel. In a case of an incomplete conversion of the processed feed, the unconverted oil (UCO) is dewaxed to obtain a base oil on which the VI is measured according to ASTM D2270. This traditional workflow is time-consuming and requires several hundred milliliters of total effluent and is thus incompatible with HTT experiments for which only few milliliters are produced. An alternative approach has been developed using 13C NMR combined with PLS regression. Performing a 13C NMR analysis requires 250µl of total effluent and is done in only one hour and is then compatible for HTT experiments.
For this study, 145 total effluents have been used in calibration to develop the model and validated using cross-validation. The samples were produced at IFPEN during tests on pilot plant units carried out under very varied conditions in terms of reactor temperature, pressure and LHSV, using 8 different hydrocracked catalysts, and from 17 feeds (mainly vacuum gas oils). For each total effluent, a 13C NMR spectrum has been acquired in parallel to the application of traditional analytical workflow presented previously to obtain the base oil and measure the VI. The VI measured were in the range 92 to 133. The errors of the model were 1.8 in calibration and 2.2 in cross-validation for 8 latent variables. This result shows that it is possible to predict the VI of a base oil with just the analysis of the total effluent.
To go further, this model has been applied to total effluents coming from tests involving stackings of the hydrocracking catalysts present in the calibration database. The objective was to insure the ranking of the catalysts and their stackings. The results showed that it is possible with that approach to predict the ranking of the considered catalytic systems. For example, for 2 catalysts A and B, if the VI is ranked A>A+B>B+A>B, the model can correctly predict this ranking, and also with a good precision. That means that this model can be used for other catalysts.