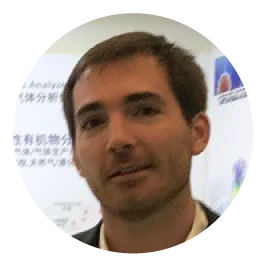 Conventional liquid fuels (condensates, gasoline and kerosene), are composed of light fractions of crude oil, distilled up to 300 °C. They are complex mixtures, consisting predominantly of C2 to C16 hydrocarbons, whose compositions depend significantly on their geological origin.

Sulfur compounds are usually present in fuels at trace levels. Sulfur occurs in many forms in petroleum like free sulphur, H2S, marcaptans, sulphides, disulphide and thiophenes. These compounds are undesirable in petroleum because of their corrosive nature. Furthermore, they are also responsible for the emission of toxic SO2 and SO3 after the combustion of petroleum products, leading to environmental contamination and health problems.

Considering the hazardous effects of the sulfur in petroleum, regulatory agencies require a reduction of sulfur levels permitted in transportation fuels. According to the legislation, the sulfur concentration in commercial jet kerosene-type fuels should be of less than 500 ppm and of less than 10 ppm in gasoline and gas oil. These regulations require to the accurate determination of trace levels of sulfur in order to ensure compliance and prevent contaminations.

The development of analytical methods for the separation and quantitation of individual sulfur compounds is a true challenge because of the complexity of the petroleum matrix and the parts-per-million (ppm) concentration levels at which the sulfur species occur. Analytical procedures based on Gas Chromatography (GC) with element-selective detection are the best option to meet the sensitivity and accuracy requirements.

Classical methods include injection loops heated at very high temperatures and Flame Photometric Detection (FPD). However, these devices are hard to implement in industrial sites such as hazardous areas, including oil refineries. Indeed, hydrogen used for the flame can leak and an explosion may occur. Electrochemical Detection (ED) was chosen for the rapid and accurate speciation of sulfur compounds at trace levels in fuels thanks to its linear sulfur response and its simplicity and reliability of use in industrial locations like explosive atmospheres.

The headspace method was used for sample introduction of volatile petroleum components. This method allows heating at only 50 °C to drive volatiles into the gas phase. It was pressurized at 2 bar to effortlessly drive them onto the injection loop of the GC system at atmospheric pressure. The parameters that were optimized include: equilibrium time (8 min) between the sample and the gas phase and the volume (0.4 mL) of the headspace vapor injected into the GC.

Dimethyl sulfide (DMS) was used to evaluate the performance of the method at low sulfur concentrations. First, DMS was spiked in water at concentrations ranging from 0.05 to 0.5 µL/L. Then, it was validated on kerosene following the same procedure. The method showed high repeatability of the peak area (1.64% RSD) and good linearity (r2 = 0.989). Further optimization of several experimental parameters in the GC-ED system will substantially improve the detection limits for the identification of the components of kerosene. The profiles obtained may be used to differentiate different samples upon their source. The suitability for other types of sulfur loaded liquids will be further studied.