Industrial Methane Measurement Conference will take place on the 29th & 30th of November 2017 in Antwerp, Belgium

Benefits of attending:
The event is aimed at:
Background

Measurement and control of methane emissions is a significant issue across industries. National and international treaties necessitate a rapid reduction in emission rates of greenhouse gases. Next to associated health and safety risks on industrial sites, emissions of methane results in reduced profitability for the industry through the loss of a saleable asset. As a result, there is an increasing need to detect, monitor and address methane emissions from industries.

Techniques to monitor methane are developing rapidly and it can be a challenge to keep pace with the available methods, their relative advantages and disadvantages, and the evolving regulatory landscape. This event will clarify these issues and bring together a range of key stakeholders from across the sector, including industry, NGOs, government and academia, giving attendees a comprehensive understanding of these issues.

These discussion themes will review current drivers, capabilities and their effectiveness, and the future landscape: 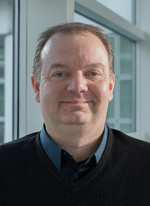 About Rod Robinson: Rod Robinson is a Principal Research Scientist at NPL and a Team Leader for Environmental Monitoring using DIAL (Differential Absorption Lidar). In addition to his role at NPL, Rod is Vice Chairman of the CEN Committee for Air Quality TC 264.

Rod has over 20 years' experience with NPL, covering all aspects of environmental monitoring. He is technically responsible for all NPL contracts on remote environmental sensing and is recognised as a leading international authority on the practical application of DIAL. Rod works with the US Environmental Protection Agency (EPA) and the EPA's National Optical Sensing Workgroup, and he has been instrumental in obtaining EPA approval for the DIAL technique in the USA and has led eight long DIAL campaigns in the US and Canada since 2007.

Rod is an international authority on industrial emissions measurements and is on the Management Board of the UK's Source Testing Association. He has previously been the Quality Officer and Chairman. He consults for the UK Environment Agency in this context, and has been invited to give a keynote presentation at the last four annual conferences of the US Source Evaluation Agency. Rod also has wide experience of instrument development projects and is highly regarded as a gas measurement specialist. He developed breath alcohol test equipment to simulate human breath samples for the type approval of evidential breath analysers to UK Home Office test specifications.

About Steven Hamburg: Steven Hamburg is chief scientist of the Environmental Defense Fund and is an ecosystem ecologist. Trained at Vassar College (AB, Biology), Yale (MFS ecology and forestry; PhD, biogeochemistry and ecosystem ecology), he has been involved in biogeochemistry/forest ecology research for 40 years. He has published more than 100 scientific papers on biogeochemistry, climate change impacts on forests and carbon accounting approaches and methodologies and has served as a lead author for the IPCC. He was a senior member of Brown University faculty for 15 years where he was the founding director of the Global Environment Program at the Watson Institute for International Studies. He has supervised the research of more than 20 graduate students and 60 undergraduates. He currently co-chairs the Royal Society’s Solar Radiation Management Governance Initiative, serves on US EPA Science Advisory Board, US National Academies of Science Board on Environmental Science and Toxicology among other scientific advisory groups.

About David Lowry: David Lowry has been part of the greenhouse gas group at RHUL since its inception in 1994, setting up methane isotope extraction techniques for large air samples. Research interests include the development of techniques for the stable isotope analysis of greenhouse gases, particularly related to reducing sample size and increasing precision (in collaboration with Dr. R. Fisher and Isoprime UK), and the use of isotopes to verify of UK and EU emissions declarations and inventory assessments. Current interests in the use of Cavity Ring-Down Spectroscopy (CRDS) for the measurement of greenhouse gases, through automated systems at remote sites and by mobile measurement of emission plumes. Successful 2011 and 2013 projects with NPL and DEFRA to assess methane oxidation by landfill soils using isotope methodology. Supervisor (first or joint) of 8 successful PhD candidates from the greenhouse gas laboratory at RHUL since 1997 with 2 more in progress. Attended and presented at the WMO Greenhouse Gas Measurement Techniques meeting since 2001. Co-convenor of session on greenhouse gases at the AGU Fall meeting, 2007, lead convenor 2013 session on Arctic CH4 Sources, and 2015 session on Mobile CH4 Measurement. Current co-investigator on 3 NERC-UK projects, and partner on 2011-15 InGOS and 2017-2021 MEMO2 EC-funded projects. 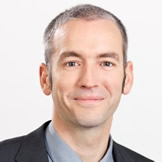 About Jan Liebetrau: Dr. Jan Liebetrau is head of Biochemical Conversion Department at The Deutsches Biomasseforschungszentrum (DBFZ) in Leipzig.
After obtaining a Diploma in Civil Engineering Jan Liebetrau received his PhD at the Bauhaus-Universität Weimar on the topic "Control System for the anaerobic treatment of organic waste". From 2006 to 2007 he was visiting scientist at the Alberta Research Council, Canada, working on a project "Integrated Manure Utilization System" (IMUS). Since 2008 he is employed at DBFZ, in 2011 he became Head of the Department Biochemical Conversion. Jan Liebetrau’s main research interests are process control of AD processes, solid state fermentation and emissions from biogas plants. 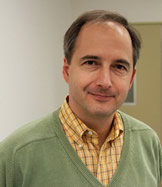 About Phil DeCola: Phil DeCola is Chief Science Officer of Sigma Space Corporation and Adjunct Professor in the Department of Atmospheric and Oceanic Sciences at the University of Maryland. Dr. DeCola’s work has focused on the use of remote-sensing data for Earth science research and resource management applications. Phil has served as an advisor on climate change and Earth observations for two administrations as Senior Policy Analyst in the White House Office of Science and Technology Policy (2007- 2010). At NASA, he was Atmospheric Composition Focus Area Lead and Program Scientist in the NASA Science Mission Directorate (1994 – 2007). Phil also has served as Lead Scientist on a number of U.S. Government delegations to the Intergovernmental Panel on Climate Change (IPCC) from 2002 – 2010, and worked on the IPCC scientific assessments since 1994. Dr. DeCola was co-Chair of the U.S. Group on Earth Observations (USGEO) and led the formulation and writing of the USGEO strategic assessment of U. S. Earth observation and monitoring priorities (2008 – 2010). During his career at NASA, Phil was the Lead Scientist and Evaluation Co-Chair for the NASA Earth System Science Pathfinder Program, and as Program Scientist for a number of NASA space missions including the EOS Aura Mission, the Orbiting Carbon Observatory Mission, the SAGE-2 and SAGE III Missions, as well as for a number of airborne field campaigns. Phil is currently the chair for a WMO/UNEP global initiative, the Integrated Global GHG Information System (IG3IS), which has a goal of supporting the UNFCCC Paris Agreement and other GHG emission reduction policies and measures. 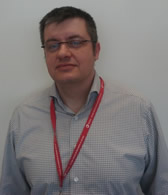 About Olivier Duclaux: Olivier Duclaux received his PhD in Kinetics and Catalysis from the University of Lyons in 1997 for his work on VOC's destruction. With combined industrial and academic experience, his research includes numerical modelling of atmospheric processes, pollutant analysis and reduction technologies.

Currently, Olivier is a Senior Researcher in the Air Quality Laboratory at the Oil & Gas Company TOTAL.
The current research focuses on the quantification of pollutants by combining measurement from various technologies (optical; punctual, monitoring network) to reverse modelling approach. He participates to the elaboration of several CEN standards for fugitive / diffuse emission quantification by remote sensing and reverse modelling approach.
Olivier is involved as expert in the CONCAWE (CONservative Clean Air & Water for Europe) consortium for the quantification of emission from the refining activity.