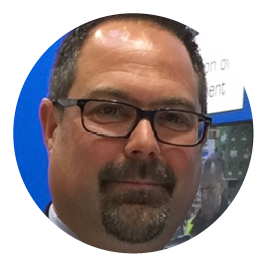 Steve Beynon is the Sales Manager for Optical Gas Imaging at FLIR. Steve joined FLIR in April 2006 as a UK Area Sales Manager before taking on the responsibility for the Sales and Business Development of the FLIR Optical Gas Imaging range of cameras in January 2011, for Europe, Middle East and Africa.
Since 2011 Steve has dedicated his professional life to Optical Gas Imaging, presenting at several conferences in Europe and the Middle East as well as co-ordinating FLIR Product Management and Business Development activities . Prior to joining FLIR, Steve spent 15 years in the electronics and semiconductor manufacturing industry. First as an apprentice engineer working for GEC Marconi, then full time in the Wireless LAN development team that ultimately developed Bluetooth technology, before moving into sales in 1996, selling capital gain metrology equipment solutions across Europe to the semiconductor wafer processing and related industries.

Optical gas imaging (OGI) has traditionally been a qualitative technology. Recent advancements in the technology are moving OGI towards quantitative methods. New quantitative features in the FLIR GF series cameras and QL320 tablet provide a much more efficient user experience and remove much of the uncertainty related to OGI surveys and resulting quantification of emissions.

FLIR's new Q-mode captures radiometric OGI data, along with meta data provided by the user, into a single file format. This Q-mode file preserves all the data needed to apply a quantitative method. This means that files saved to the SD card in Q-mode can be post-processed with a Quantitative Optical Gas Imaging (QOGI) method, such as Providence's QOGI method built into the QL320. This will allow users in a Hazardous Location, like ATEX Zone 2 Environment, to obtain quantitative information on leaks that would have been challenging in the past.

New features in the Providence QL320 include Continuous Mode allow the user to have a reading of the leak size within one second of connecting the device to the camera. Another innovative new feature in the QL320 is the manual plume extraction threshold allowing the user to set the sensitivity of the Quantitative OGI unit to best match the leak viewed. Lastly, the QL320 has added an integrated temperature screening tool to automatically calculate the delta temperature (defined as the difference between the gas temperature and the apparent temperature of the background) which is a critical parameter OGI surveys and QOGI methods. This presents a real time overlay on the QL320 display that will indicate areas where the delta temperature is below a user defined threshold.