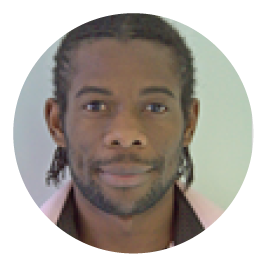 Stephane Albon Boubanga Tombet received his MS and PhD degrees in condensed matter physics from Montpellier 2 University in France in 2005 and 2008, respectively. From 2008 to 2009, he worked for Montpellier 2 University in France as a teacher and research assistant. From 2009 to 2011, he joined the Research Institute of Electrical Communication, Tohoku University, in Sendai Japan, as a postdoctoral researcher granted by the Japanese Society for the Promotion of Science (JSPS). After that he worked for Los Alamos National Labs in New Mexico, in USA as a postdoctoral researcher until Jun 2013. From Jun 2013 to August 2016 he worked as an Associate Professor at the Research Institute of Electrical Communication, Tohoku University in Sendai, Japan. He is currently working as a Field application scientist for Telpos Inc, in Paris, France. He has authored about 45 peer-reviewed papers cited more than 1100 times according to Web of Knowledge with an h-index of 18. His current research interests include Infrared and terahertz remote sensing, Infrared Thermography, III-V based plasmonics based emitters and receivers in the mid and far Infrared regions, graphene based materials/devices, gaphene active plasmonics and their infrared and terahertz applications.

Gas leaks present obvious health, safety and environmental risks. In oil and gas companies for instance, constant monitoring is crucial to preserve on-site personnel security and to prevent damage to the installations. The need for a reliable and cost-efficient gas detection system is of prime importance especially when security threatening situations like gas leaks and emissions occur. Precise localization of the leaks, identification of the chemical nature of the gases involved and quantification of the gas flux emanating from the leaks may help the incident response team to take actions based on relevant information. In this regard, infrared remote sensing technology offers many benefits over traditional gas detection systems as it allows monitoring and imaging of the incident scene from a safe location. The sensor can be located at distances ranging from tens of meters to several kilometers from the scene, avoiding the need to access restricted and potentially dangerous zones in the installations. The passive infrared hyperspectral imaging technologies are therefore among the solutions that could possibly be used to efficiently and safely address the gas leaks. Telops have developed hyperspectral imaging solutions for gas detection and identification along with some tools for the quantification of gas flow rates emanating for leak source. These solutions were recently used during a methane-controlled release test campaign carried out at National Physical Laboratory in UK. The results presented in this communication show the potential of Telops gas detection and quantification solutions for real time visualization of methane and its dynamic dispersion within production plants.