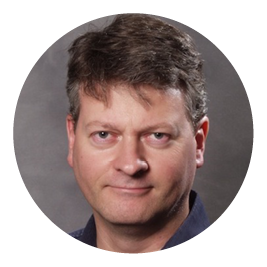 Current position - Reader in Stable Isotopes and Greenhouse Gases with 25 years experience in this field. Recent research focus has been on mobile measurement of methane from mobile platforms and the isotopic characterisation of emission plumes. Currently Co-ordinator of the UN CCAC project on Southern North Sea flight surveys and WP2 leader for the MEMO2 (MEthane goes MObile: MEasurement and MOdelling) Marie Curie Training Network, plus partner on a range of UK ground-based methane projects.

In densely populated regions such as the UK any planned onshore unconventional gas extraction sites will be within kilometres of population centres, gas distribution infrastructure, waste processing infrastructure, farms, or all of the above. Even with some prior guidance from maps and inventories it is extremely difficult to identify a high percentage of methane emission plumes by surveys alone, and so fugitive emissions from unconventional extraction processes other than directly at infrastructure source will be difficult to attribute conclusively. Additional proxies, such as the isotopes of methane (13°C), or other co-emitted species such as ethane or ammonia can separate the main sources of methane from each other.

In the UK the carbon isotopic proxy works well because the gas supply is dominated by strongly thermogenic production gas, which is enriched in 13°C relative to atmospheric background, but is less useful in countries where the gas is less thermogenic (e.g. West Siberian supply lines, Australia). Low precision laser isotope techniques can separate gas leaks from biogenic sources in the UK, but have difficulty separating biogenic sources. Distinguishing individual source categories requires high precision mass spectometric isotopic measurement to better than 0.1°.

Measurements have been made in regions of drilling and active hydraulic fracturing in the North of England and most methane sources within a 10km radius from the drill site identified. Gas leaks and agricultural sources, sometimes within 10s of metres of each other, are the main sources closest to the drill sites. These need to be distinguished from fugitive emissions from unconventional gas operations. The sources are easily separated by ethane measurement, but samples of production gas will be needed for analysis to separate production emissions from other sources during off-site measurement.

The influence of each plume varies with emission rate and area of each source. The largest high emitting-area sources are active landfill cells, with statistically significant excess over background recorded up to 5 km downwind from site, whereas the plume from a dispersed field of cows is significant only for 100s of metres. More focused plumes such as from cow barns or biogas plants are readily detectable near surface to around 500m downwind. Roadside point source gas leaks are detectable from 10s to 100s of metres away, depending on emission rate. Changing wind directions at UK sites mean that non-inventory sources often require multiple surveys under different conditions to locate and assess their sphere of influence. For gas infrastructures this can then lead to the reporting of emissions, allowing assessment for component failures. As leaks from the horizontal component of unconventional gas extraction could lead to emissions well beyond the above-ground infrastructure, it is important that all sources are clearly characterized so fugitive emissions are rapidly identified, characterized and reported.