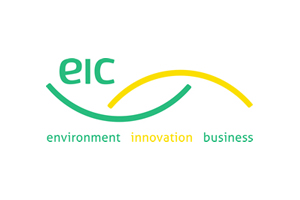 The Environmental Industries Commission, the leading trade body for environmental business, is hosting a one day seminar with a specific focus on delivering Clean Air Zones (CAZs) at the AQE.

CAZs are a major part of the Government's plans to ensure compliance with EU limit values for NOx pollution. Currently 34 councils have been mandated by government to produce CAZ plans.

With a wide range of possible models for designing CAZs, and a range of different technologies that could be mandated or incentivised through them, this seminar will provide an overview of the main design challenges and how these can be overcome, and presentations on the potential of the various vehicle technologies that can cut pollution in the Zones.

What are Clean Air Zones?

A Clean Air Zone is an area where a local authority has enacted special legislation to limit pollution from vehicles.

Clean Air Zones can consist of a wide range of measures, from charging zones, to scrappage schemes, to limitations on HGVs.

The mandating of Clean Air Zones is part of the government's broader Air Quality Strategy, which aims to improve air quality and address sources of pollution.

Jim is also the founder of Europa Environmental, a consortium of companies operating across Europa and Africa, and he has created numerous successful start-ups over the last 25 years and holds board level positions in a number of other businesses operating within the environmental sector.

Educated in Scotland, with a focus on chemistry and engineering, Jim is a regular speaker at national and international conferences on air quality, and has provided technical expertise to support TV news and documentary programmes including the BBC, Sky, Channel 4 and TRT World.

Building on an extensive background in politics and influencing policy, Michael's work at The Environmental Industries Commission (EIC), focuses on air quality policy and innovative solutions.

Prior to joining EIC, Michael served as a policy advisor to the Conservative Party, with work focused on UK legislation in the House of Commons, as well as political policy.

With passion in promoting innovative technologies for the cleaning up air and promoting the benefits of Clean Air Zones. Michael is pleased to share his work on the Great London Authority Non Road Mobile Machinery Committee which he has sat on for the last 5 years.

Providing regional account management for the development of key global customer accounts for Johnson Matthey; in addition to the management of the HDD Non-Road and Retrofit businesses in the European Region

Paul has worked in the autogas arena for over 20 years for both Calor Gas and now with its joint venture with Shell, Autogas Limited.

Over this time, Paul has had commercial dealings with a varied array of customers and influencers including forecourt operators, local authorities, fleet managers, taxi and bus operators, leasing companies and motor vehicle manufacturers, all in the interest of promoting the take up of LPG as a here and now option for fleet operators to move to this proven cleaner technology and in doing so helping the drive to improve local air quality. He also has the unique accolade of signing up the Royal Mews at Buckingham Palace for autogas when some of the Queens vehicles were converted to LPG a number of years ago, including a London taxi used by Prince Phillip.

Mo Saqib leads on policy and communications for Dearman, a zero emission tech company based in Croydon, and which has developed a clean transport refrigeration unit using its groundbreaking liquid nitrogen engine. 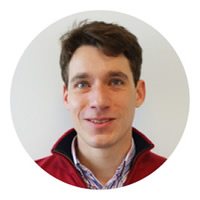 Florian is the commercial manager at Dearman, responsible for the deployment of Dearman technologies worldwide and for defining Dearman commercial strategy. Prior to this, Florian worked as an aerospace engineer at Airbus in France and in China. Florian received his MSc in management from The London School of Economics and his MSc in aerospace design from Cranfield University.

Holly joined Autogas Ltd as General Manager in 2017, having served on its Board of Directors since 2015. Prior to joining Autogas, Holly held the position of Corporate Affairs Manager at Calor Gas Ltd - Autogas parent company.

Autogas was established as a joint venture between Calor and Shell in 2000 and provides automotive LPG to motorists across Britain via a network of over 200 filling stations. As General Manager, Holly oversees the day-to-day running of the business, and is responsible for developing and executing the commercial and operational strategy. A key tenet of this is working with politicians and policy makers to promote the role that LPG can play in reducing harmful emissions from transport, in providing both an immediate and longer term solution to the current air quality crisis.

Holly has an extensive background in public affairs, regularly meeting with Politicians, Government officials, and NGO's, to discuss energy, environment and transport issues. Holly graduated from the University of Nottingham in 2003 with a BA (hons) in English Literature. She spent 4 years working in the Publishing industry before joining Calor in 2008 as Corporate Affairs Manager. During this time she was responsible for managing all aspects of Calor's reputation, including public affairs, media relations and corporate social responsibility.

Holly represents the autogas sector on the Board of Directors of UKLPG, the LPG industry trade body, and also is a Board Member of the Low Carbon Vehicle Partnership. She previously held a Directorship with Rural England CIC. 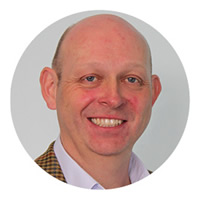 Guy has over 25 years experience of research and consulting on sustainable transport, air quality and climate change. He has worked in both consultancy and academia, before joining Ricardo Energy and Environment. He has worked closely with many cities on the development of Low Emission Strategies and Clean Air Zones, and was involved in the original design of the London LEZ.

Mark Cooper is managing director of HJS Emission Technology UK, specialists in emission reduction technology. With over 20 years experience in the automotive sector with the last 10 of these within the emissions industry, Mark has gained a vast amount of experience and industry knowledge. Currently Mark overseas all aspects of the UK business including sales, project management and technical support from the UK facility based in Bracknell, Berkshire.

Marks focus is on delivering solutions for Ultra Low Emission zones and clean air zones, working closely with bus operators and local authorities to ensure compliance with emission regulations and improving air quality across the UK.

For 20 years Mark worked within the Investment Banking and Technology sectors, in 2007 he started his role with Energy Solutions (UK) Ltd, a company specialising in innovative power solutions for the Marine, Offgrid and Industrial market sectors, helping them consolidate their operations and expand their market sectors. Mark has been instrumental in the development of Hybrid power systems; now used within the industrial sector working in close conjunction with telecom, rail and construction companies developing products and bespoke solutions that save fuel, cut emissions and reduce the total cost of ownership.

Technical Director of Lubrizol Performance Systems UK and Gate City USA which were reformed into one company with approx 150 employees and a turnover in excess of $20M.

The PuriNox project (Emulsified Diesel) was a major initiative within Lubrizol. I managed the blender design, build and on-site services for this project. Installed and commissioned commercial blenders in Australia, China, India, Italy, USA, UK & Brazil.

Alan has over 30 years experience in the Emissions Abatement Market having worked with both Global Environmental Catalysts Producers and Emissions System Integrators across UK, Europe, Scandinavia and USA for both "On-Road" and "Off-Road" Markets. 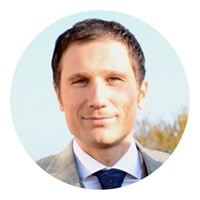 Gerard took a masters in law before qualifying and working as a project manager. He turned his attention to the EV industry in 2012. He is the founder of Try EV and Electric Streets. Gerard is a contributor to the All Party Parliamentary Group on Air Pollution, giving his insight to MPs to help them make meaningful decisions and policy changes to improve the lives of city-dwellers.